A 3-valve SOHC head with variable camshaft timing (VCT) was introduced in 2004
on the Ford F-Series 5.4L V8. The engines are also equipped with an electronic
Charge Motion Control Valve (CMCV) system that regulates the flow of air into one
of the two intake ports (per cylinder). Block material varies between the aluminum
block used in the 2005+ Ford Mustang and 2006+ Ford Explorer and the iron block used
in the 2004+ Ford F-Series and , though aluminum heads are used in all applications.


Check your spark plug part number to see if it uses the special M16x1.5. 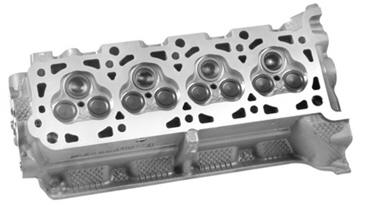 If your looking for the Rotunda Sparkplug Puller Tool
click this link for information: